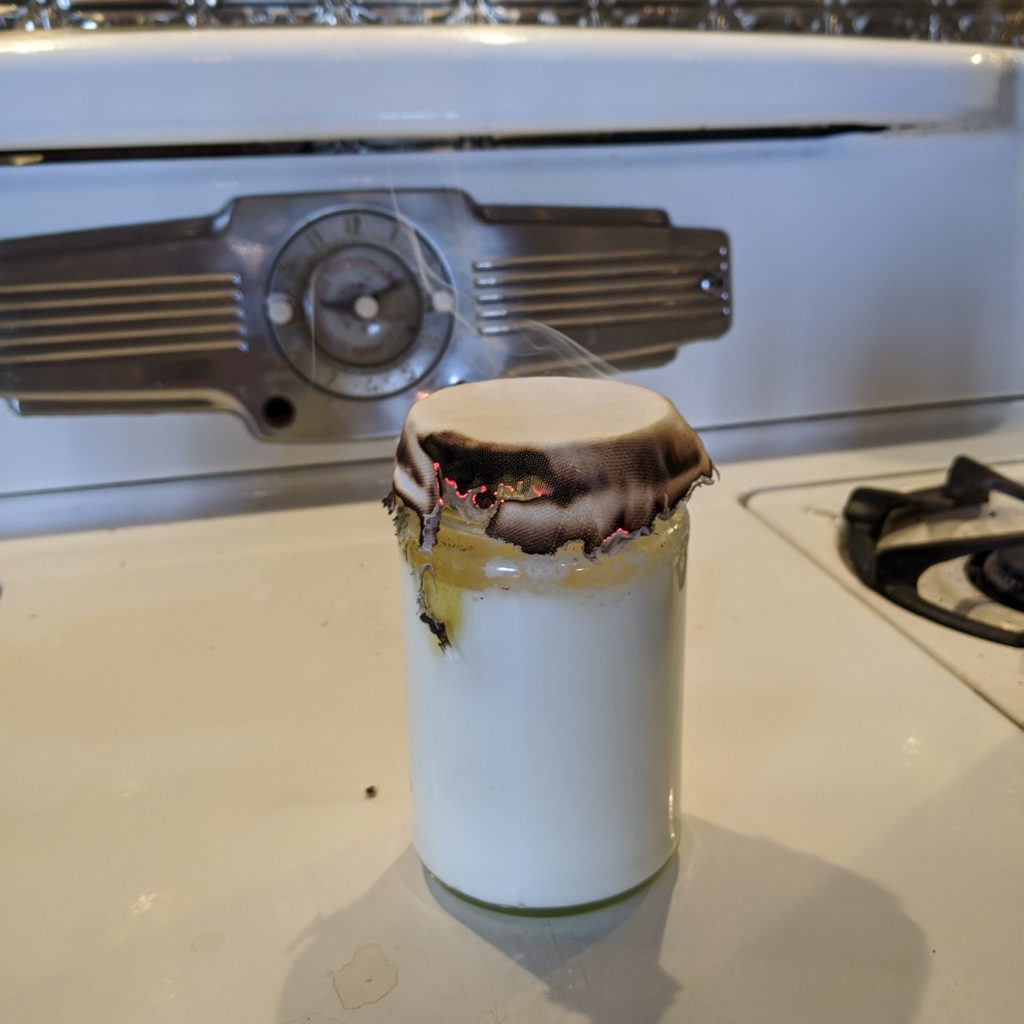 I’m not sure I’m handling this terribly well at this point. Sleeping worse than ever, stressed out, still trying to figure out groceries and deliveries, not getting outside enough (or much at all really – just on the deck when it’s not cold or raining). I haven’t made my masks yet – so I won’t be going anywhere until those are finished, at the very least. It’s taking its toll.

I feel like I’m cooking all the time – with two growing boys at home, that would likely be true under any circumstances, but without more conveniences and the ability to order out, I’m completely overwhelmed. It’s even worse when the things I make don’t turn out. Like this yogurt.

Thankfully, I had other yogurt growing and those turned out ok.

Mostly this week, we made some basics and things I didn’t have to think too hard about (or that the family could make without me). We had saag paneer for a couple of days too. Today, I made lentil & kale soup. And red lentil pate for the youngest’s birthday – he loves that stuff.

The biggest hit this week was a new thing: Black Bean Burgers. I was really craving the ones from Mom’s Organic Market’s Naked Lunch. Sigh. So i decided to try to make something similar that would satisfy the craving. WOW! I didn’t write down what I did until the next day – I hope I remembered everything. This formula for making the perfect burger was the right way to go!

Here’s the youngest’s donut cake – bundt cake with chocolate frosting. Jeannie’s kids sent him a video birthday song and it made him so very happy!